Fancy some fabrics that add a pop of colour and a whole lot of personality to your décor?

The patterns on the cloth are not always random. These were used by African woman to convey certain messages or indicate social standing. Each different pattern represented something specific whereby and are worn for specific events, such as weddings, parties, and funerals. These prints were adopted by wealthy Africans and worn at glamorous events and state banquets. In the 1920s, new, more detailed prints began to appear on the market, such as pictures of local leaders for subjects to buy and honour them on special occasions.

Where do these prints initially originate from?

The answer you might think of is Africa, Ghana perhaps, but you’d be wrong. Ankara is the capital of Turkey so perhaps Turkey is the answer? Wrong again. The true origin of these prints starts in 18th century Europe. Ankara was originally known as Dutch Wax print which gives us a clue to its origin. Dutch Wax Print was developed by the Dutch to sell to patrons in Indonesia. The bright contrasting colours and tribal patterns were originally designed to reflect Indonesian batik fabric and had nothing to do with Africa. Traditional batik fabric was very expensive to produce due to the labour involved in manual wax printing. Modern industrial techniques from Europe aimed to reduce the price considerably making this beautiful fabric more accessible to the wider population. However, many Indonesians didn’t take kindly to the introduction of mass-produced batik from abroad. It was seen as inferior to the handmade fabric traditionally used and was largely ignored by most Indonesians. What was Indonesia’s loss was to be Africa’s gain! Many West Africans working in Indonesia at the time, usually for the Dutch shipping companies, took to Ankara’s bright colours and motifs.

Upon returning to Africa these exotic prints soon became the height of fashion. Not one to miss a trick, the Dutch redesigned Ankara to suit African tastes. African tribal art was then used in place of Indonesian iconography and the colours were changed to reflect West African tastes. What started as mass-produced Indonesian batik, became African inspired Ankara and the rest is history. There can be no doubt these beautiful fabrics are associated with Africa today. Ask any African if they identify with the motifs depicted in Ankara and the answer is an emphatic yes.

Our own local supplier Shiko explains that depending on the origin, fabric and production process, “African fabric” is not homogenous and actually goes by many names and designs:  Kitenge or chitenge is found in East and Central Africa, notably Zambia, Malawi, Tanzania, and the Democratic Republic of Congo. Ankara is West African. Shweshwe is a printed cotton fabric design found in southern Africa, and traditionally was only produced in three colours – brown, red, and blue. Baoule is a heavy, thick cloth from Côte d’Ivoire made of five-inch-wide strips of cloth woven together. And Kente is that distinctive Ghanaian pattern made of strips of orange, yellow and green.

In Kenya, we have the Kikoy - or sometimes spelled Kikoi. Possibly originating from something that the Arab traders wore as they plied the coastline, the Kikoy has developed its very own character of Kenya and Tanzania and is a symbol of coastal safaris in both beautiful countries. Inspired by the abundance of exuberant colours found on the East African coastline, Kikoys are woven of the brightest hue colour combinations that would alarm most people! It began its life as the traditional man's wraparound worn on the Swahili coast of East Africa, especially Kenya. Today, the Kikoy has evolved as a woman's wrapper as well. They are so soft, colourful, and vibrant that you can find other great uses. For example: Beach wrap, beach or picnic blanket, scarf, shawl, tablecloth, table runner, wall-hanging, or – free to use your imagination! 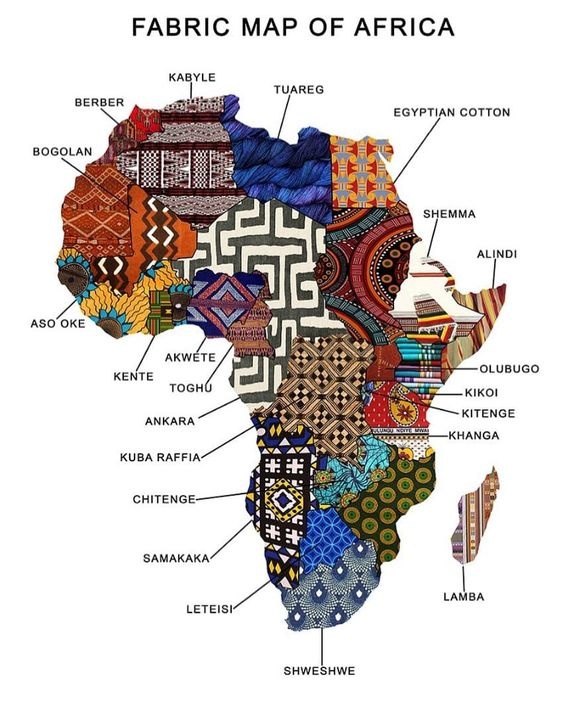